The Most Beautiful Places in INDIA

India is a country in South Asia. It is the Seventh-Largest country by area and second-largest by population and most populous democracy in the world. India’s population is one billion making it the second most populous country after China. India is the largest democracy (Government by the people, like the UK is) in the world. India is the most competitive country in South Asia, according to the World Economic Forum’s Global Competitiveness Index. India has become self-sufficient in agricultural production and is now one of the top industrialised countries in the world and one of the few nations to have gone into outer space to conquer nature for the benefit of the people. The capital city is New Delhi. India is home to the 2nd, 5th and 14th world’s largest cities in terms of population. Delhi, Mumbai and Kolkata. It borders 6 countries: Bangladesh, Bhutan, China, Burma, Nepal, Pakistan.

Situated in North Sikkim, Yumthang Valley is a paradise on earth, which is full of natural wonders and picturesque beauty. Sikkim is one of the most beautiful place in Sikkim with pristine country side, Yaks grazing and tranquil mountain peaks with hosts of friendly local people. The popular Yumthang Valley in North Sikkim is located 140 km north of Gangtok. Yumthang, situated at a height of 11800 feet is popularly known as ‘Valley of Flowers’, Located at a distance of 148 kms from Gangtok, Yumthang Valley is a grazing pasture surrounded by the Himalayan Mountains in the district of Sikkim.  The Yumthang Valley or Sikkim Valley of Flowers sanctuary, is a nature sanctuary with river, hot springs, yaks and grazing pasture on rolling meadows surrounded by the Himalayan mountains in the North Sikkim district of Sikkim state in India Jammu and Kashmir is the northern most state in India. The state is Asia’s ‘Heaven on Earth’, rich in premium cash crops like walnuts and saffron, blessed with jaw-dropping natural beauty all year long. The Pir Pinjal railway tunnel or the Banihal railway tunnel is 11,215 km or 7 miles long, 8.4m wide and 7.39m tall. It’s India’s longest and Asia’s fourth longest railway tunnel.  Dal Lake, Kashmir Valley, Khardung La Pass, Gulmarg, Shalimar Bagh are some of the major attractions of the state. The unparalleled beauty and charm of the state and the sweetness of the residents will remain etched in your memory forever. The timber-framed houses and religious places on the banks of River Jhelum in old Srinagar – a beautiful portrayal of history, architecture and nature.   Mountaineering, skiing, trekking, ice skating, bungee jumping and snowboarding are some of the popular adventure sports on land. Aerosports like hot air ballooning, skydiving, air surfing and paragliding are also common.The infamous Gulmarg Gondola is not just popular for its name but its feat as well! It is the world’s highest operating cable car at a height of approximately 13,000 ft. Alpather Lake is an excellent attraction for anyone keen to explore the best beauties of Gulmarg. The Shiva temple of Gulmarg is a quaint old temple of Lord Shiva . The best time to visit the Dal Lake is during the months from May to November.

Nubra is a subdivision and a tehsil in the Indian union territory of Ladakh.  Nubra Valley is one of the MUST VISIT places in Ladakh especially if you are visiting for the first time. Nubra Valley lies in the union territory of Jammu & Kashmir, at a distance of around 140 Km from Leh. Nubra Valley in Ladakh is full of surprises. Located about 160 km from Leh, the capital of Ladakh, Nubra Valley is a great attraction to all those who come here. The Nubra Valley is located in the northernmost part of Ladakh, at an altitude of just over 3,000 meters (about 10,000 feet) above sea level.The unearthly beauty of Nubra Valley is best explored in the season in the months of July to September. The main attraction in this area is the Bactarian Camels (Shaggy double hump Camel) around sand dunes, Deskit and Samstanling monasteries.

India is at a very high altitude of 5,359 meters

The major attraction of a trip to Nubra Valley is going over the so called or hyped, highest motorable road, Khardung La Pass Being at lower altitude than Leh at an average altitude of 10000 Feet or 3048 Mtrs, Nubra Valley is an ideal place to fit into the acclimatization schedule of your Ladakh trip once you reach Leh. Climbing to very high altitude of Khardung La from Leh and then sleeping at low altitude of Nubra Valley DOES HELP tremendously in acclimatization. Khardung La pass or the “Pass of Lower Castle” is the world’s highest motorable pass and is the gateway to the Shyok and Nubra valley in Ladakh. 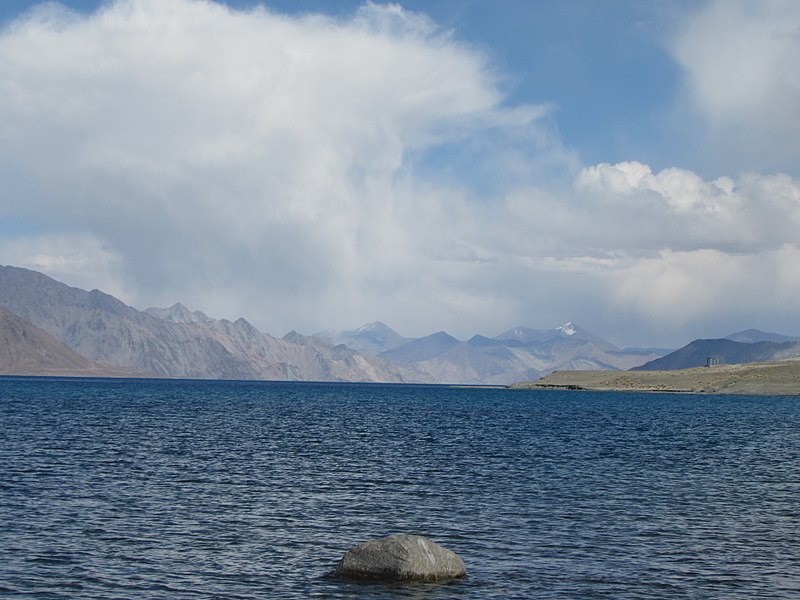 Pangong Tso is about five hours drive from Leh in Ladakh region of Jammu & Kashmir.  Pangong Lake, situated at a height of almost 4,350m, is the world’s highest saltwater lake. Its water, which seems to be dyed in blue, stand in stark contrast to the arid mountains surrounding it. Extending to almost 160km, one-third of the Pangong Lake lies in India and the other two-thirds in China. Pangong Tso lake is one of the high altitudes lakes of India Himalayas at a staggering altitude of 4350 Meters or 14270 Feet.

6) Kerala beaches are amongst the best in India

Kerala has unique geographic features made up of misty hill stations, emerald green valleys, lush eco-tourism locales, refreshing waterfalls, numerous rivers, network of lagoons, natural harbours, jungles with exotic flora and fauna, and more – all of which remain evergreen attractions to the travel enthusiast. Kerala, better known as Gods Own Country, is today one of the most sought after tourist destinations in India. Kerala beaches are amongst the best in India and are an excellent alternative to Goa. The best beaches in Kerala include the Hawa Beach, the Samudra Beach, the Lighthouse Beach, the Alleppey Beach, the Thiruvambadi Beach, the Papanasham Beach, the Kappil Beach and Lake, the Cherai Beach, the Muzhappilangad Beach, the Marari Beach, the Kappad Beach, the Kollam Beach, and the Bekal Beach. Kerala is the most picturesque of Indian states, one that holds the pristine blue water, white sand, vibrant coral reefs, a calmness that fills in the air . To beat the scorching heat this summer if you want to visit the beach areas, then Kerala probably is the best option that you can get in India.

Named the Taj Mahal in honor of Mumtaz Mahal, the mausoleum was constructed of white marble inlaid with semi-precious stones (including jade, crystal, lapis lazuli, amethyst and turquoise) forming intricate designs in a technique known as pietra dura. The Taj Mahal is an ivory-white marble mausoleum on the south bank of the Yamuna river in the Indian city of Agra.  Taj Mahal, one of the most beautiful monuments, is one of the wonders of the world. It was commissioned in 1632 by the Mughal emperor, Shah Jahan (reigned from 1628 to 1658), to house the tomb of his favourite wife, Mumtaz Mahal. The Taj Mahal was designated as a UNESCO World Heritage Site in 1983 for being “the jewel of Muslim art in India and one of the universally admired masterpieces of the world’s heritage”. The Taj Mahal is a mausoleum located in India, in the city of Agra. The emblematic monument of this country, it is in white marble finely chiseled. 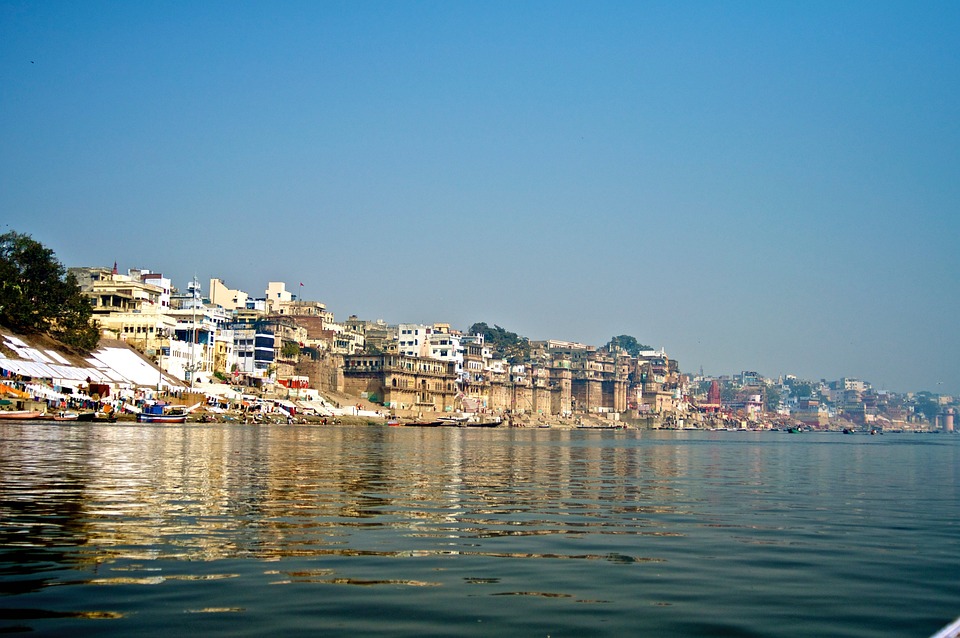 Varanasi, also called Benares, Banaras, or Kashi, city, southeastern Uttar Pradesh state, northern India. The combination of Kashi – the holy city, Ganga- the sacred river and Shiva- the supreme God, makes Varanasi an immortal destination. The north Indian city of Varanasi, or Benares, is regarded as sacred by Hindus, Buddhists and Jains. Situated in the fertile Ganga valley . Holy Varanasi in India is a mystical city that openly reveals its rituals along the Ganges River. Kashi, the city of Moksha for Hindus since centuries, is known for its fine-quality silks, ‘paan’ and Benares Hindu University and Avimukta of the ancient days, Varanasi is the most popular pilgrimage point for the Hindus. Located in the heart of the Ganges valley, Varanasi, also known as Benares, is home to 1.4 million inhabitants and is considered one of the oldest continuously inhabited cities in the world. 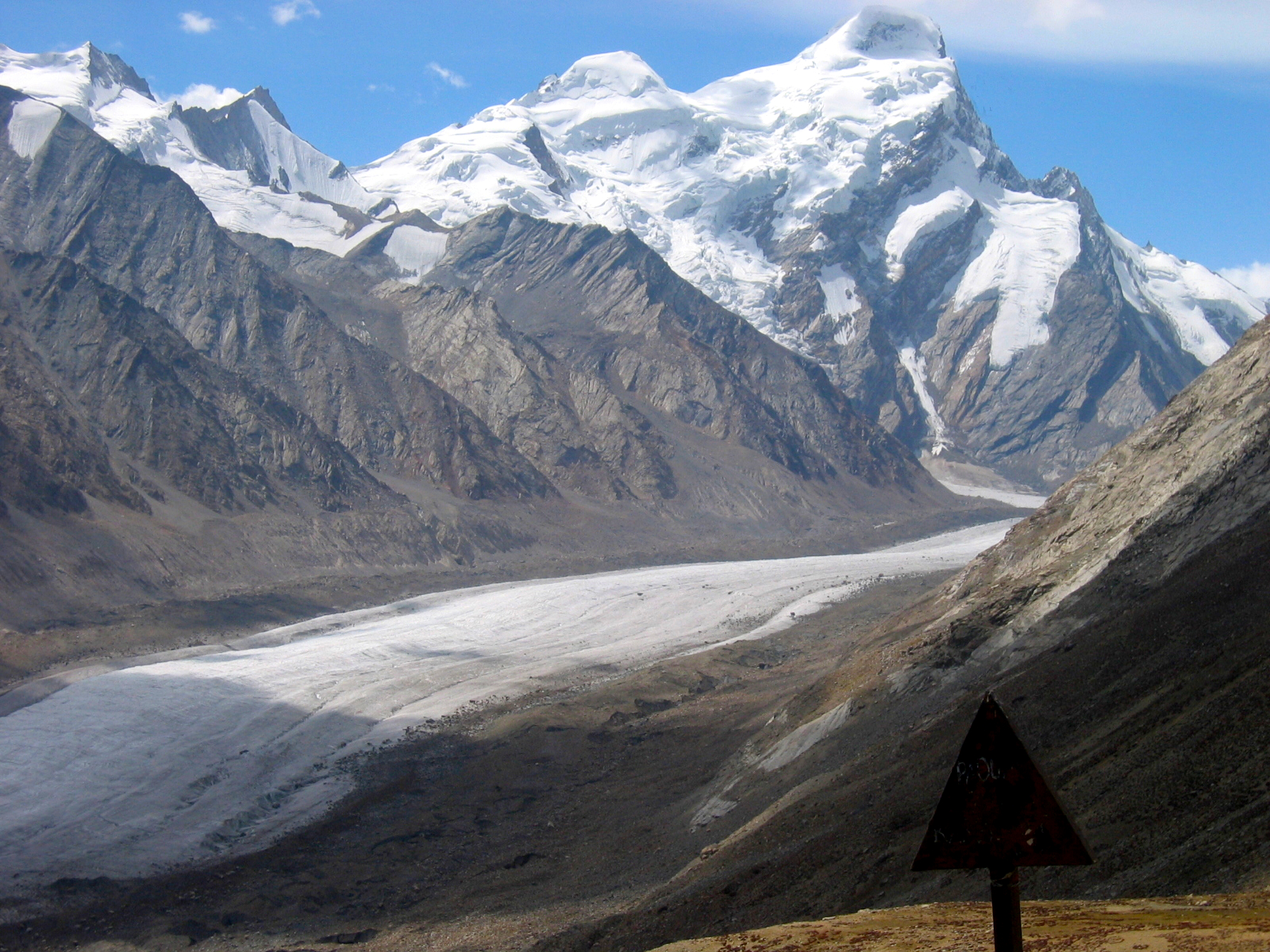 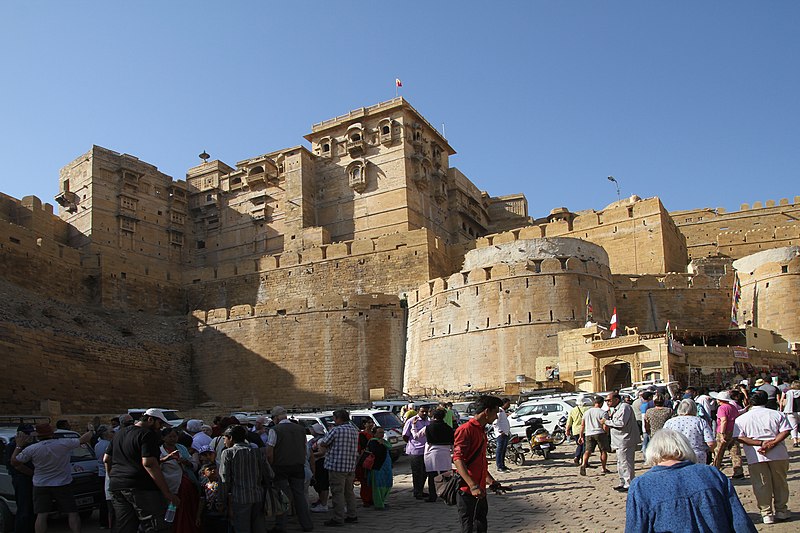 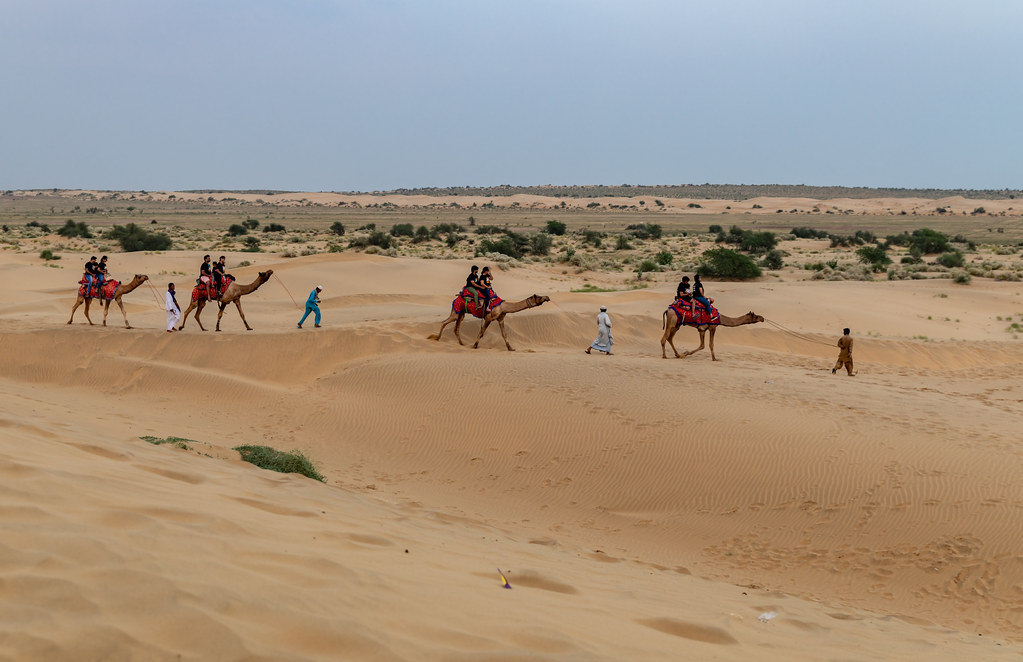 Situated in the heart of the Thar desert in Rajasthan, Jaisalmer city built on the foundation of yellow sandstone, justifies its tag as the ‘Golden City’ of India.  Jaisalmer, the Golden City, is known for its Fort rajwada, ravishing havelis, splendid temples and vibrant bazaars. If you want to get the real taste of Rajasthan, then relishing in the Rajasthani cuisine is the best option. Built by the Bahti Rajputs, the town of Jaisalmer showcases interesting architecture, intricately carved sculptures and strategically built forts. Jaisalmer in Rajasthan is one such place that is endowed with golden sand dunes, pristine lakes, ornate Jain temples, havelis and castles is a bewitching place. Jaisalmer is situated in India, the land of diverse cultures and people. It is one of the major tourist attractions and cultural hub in South Asia. Top attractions in Jaisalmer are: Desert safari at the Sam Sand Dunes. Things you can do at Sam Sand Dunes:Desert Camping.Desert Safari. Camel Rides.Paragliding and other adventures, Cultural show from the Rajasthani Folk groups at the campsite.

Delhi is the Capital of India and stands out as one of the top attractions in the world. Just like Agra sightseeing it also renowned for its rich history, culture and architecture, the City attracts many visitors both local and foreign annually. Powerful rulers locally known as Maharajahs once ruled the region from this city which still remains a force to reckon with even today. Mentionable names include the Mughals, Khiljis and Tughlaqs.The capital of India, Delhi is a cosmopolitan city with a historic old Delhi and the modern New Delhi. Delhi has a modern, well-planned and extensive Metro network that connects all corners of Delhi. Delhi being the national capital, comes with fantastic sights and views for visitors from all over the world. Top attractions of Delhi are Akshardham Temple, Azad Hind Gram, Lotus Temple, Birla Mandir, Dilli Haat, Dilli Haat INA, Dilli Haat Pitampura, Dilli Haat Janakpuri, Garden of Five Senses, Humayun’s Tomb, India Gate, Iskcon Temple, Jama Masjid, Jantar Mantar, Kalam memorial, Lodi Tomb, Parliament House, Purana Quila, Qutab Minar, Rashtrapathi Bhavan, Red Forts, Safdarjang Tomb, Gurudawra Bangla Sahib, Guru Tegh Bahadur Memorial, National Police Memorial. 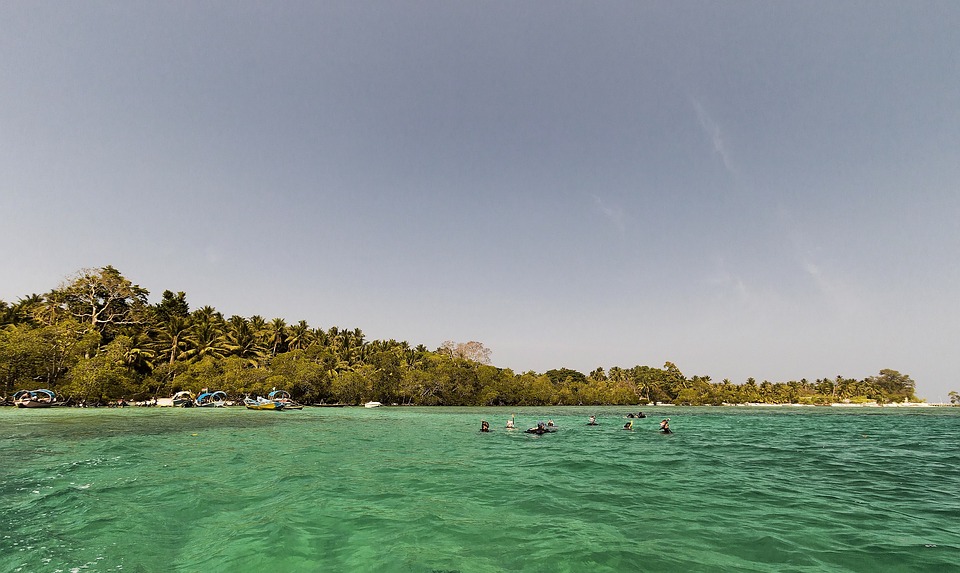 Kanyakumari or Kanniyakumari is a town in Kanyakumari District in the state of Tamil Nadu in India. Kanyakumari is the southernmost point of peninsular India and the meeting point of three oceans-the Bay of Bengal, the Arabian Sea and the Indian Ocean. Kanyakumari is a very popular tourist destination, not just because of this unique geographical phenomenon, but also because of its pristine beaches as well as its temples and churches which attract a huge number of tourists to this city all year round. A towering statue of the great Tamil poet and philosopher Thiruvalluvar stands on a smaller neighboring rock, just off the coast of Kanyakumari. The foundation stone was laid in 1979 and the work was completed 20 years later, in 1999. Apart from historic monuments and buildings, Kanmjyamurai is also famed for its beaches and waterfalls. The Kanyakumari beach is the perfect place where you can spend a lazy afternoon sitting on the white sand and sipping a cool drink.

Sinthen top is a mountain pass, a popular tourist destination located between South Kashmir’s Breng Valley in Anantnag district and Kishtwar in the Indian union territory of Jammu and Kashmir. The journey to the top is more beautiful than the destination. Spectacular drive through some dense pine trees, rivulets and once you reach the top, you get 360-degree view, snow everywhere. Sinthan top is a spot 12000 ft above sea level in Kashmir which is midway on the newly opened Anantnag-kokernag-Sinthan-Kishtwar road. Sinthan Top is a place with pristine natural beauty.